In recent times, the scientific community has started to pay more attention to the importance of the digestive system and its associated viscera (organs), nervous system and microbiome on health in general. It is now recognised that this complex body system is much more sophisticated and plays a much more significant role in both physical and mental well-being than just simply digesting the food we eat.

Our gut is made up of similar tissue to our brain. The gut consists of its own branch of the autonomic nervous system, that can function independently of the brain and spinal cord. This is known as the enteric nervous system.  Sometimes this is referred to as our ‘second brain’, and it communicates via feeling and sensations, rather than thoughts or words.  Most of us can relate to the notion of having
‘butterflies’ in our stomach, or a ‘knot’ of tightness when we are feeling nervous or anxious.  The gut
is also associated with specific areas of the brain that regulate memory, emotions, fear,
self-awareness, and motivation, to name a few. The gut communicates to these areas of
the brain via the vagus nerve, which is part of the parasympathetic nervous system (PSNS)
and plays an important role in digestive processes.

So how might visceral osteopathy and abdominal massage assist in managing stress?

Studies have shown that general massage may help stimulate the PSNS, by inducing a relaxed
state (1). Other studies have also shown that general massage may also increase serotonin,
a neurotransmitter that plays an important role in regulating mood, sleep, and bowel function (2).
Serotonin helps to send messages between the gut and brain, a bi-directional pathway of communication between the two known as the Gut-Brain Axis. Most serotonin receptors are found in the gut.

Though there has been limited research into visceral osteopathy or abdominal massage in relation to anxiety or mood disorders, there have been some small studies using visceral osteopathy, which utilise visceral manipulation techniques, that show in addition to potentially helping conditions like IBS, secondary measures have also shown that quality of life and associated mood was also improved in subjects (3, 4).   It is important to note that anxiety and mood disorders are often associated with IBS and other bowel disorders (5, 6). Serotonin may also play some significance in IBS and the symptoms individuals may present with (6). There have also been some studies in China, that found abdominal massage helped patients with generalised anxiety disorder (7).

For more information on this kind of treatment visit here.

7.    Wang. H. The clinical efficacy of abdominal massage and its possible mechanism in the treatment of generalized anxiety disorder. Chinese Journal of Primary Medicine and Pharmacy. 2016;23 (10): 1506-1509. 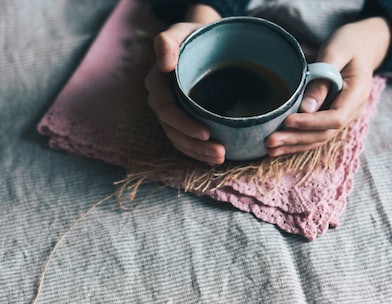